JUST RETOUCHING
A collection of works done as creative retoucher

BEAUTY AND BODIES
A collection of beauty and nude photography

HANIMALS
A collection from my pet photography archive

RUBBISH BEING
A Tini&Sabugi side effect collection

For several years I used to help a local section of LNDC (Lega Nazionale per la Difesa del Cane) in the south of Italy. I like to contribute humbly with my skills to the daily work of those people that dedicate their entire lives to saving, giving shelter and finding adoptions to hundreds of thousands of stray dogs and cats that are left alone to their miserable fate every day.

With this project we wanted to increase rapidly the number of adoptions to avoid deportations of hundreds of dogs in a more "made for business" dog shelters. I had the idea to create a Facebook page called Adotta Adesso (Adopt Now) to coincide the existing one of the association, specifically as an adoption platform. I personally created the logo, took care of the graphic design and all the strategy, production and post production. With a basic photo set (fake grass and sky) I took pictures of so many dogs that shown a sense of dignity and happiness that often are hidden behind poor and sad dog shelters. With the help of many friends from the advertising world and all the magnificent volunteer of the LNDC shelter, we created a viral campaign that once online created a following of 3000 likes in less than 48 hours. It massively helped spread the news of the adoption campaign, thanks especially to SecondaZampa, a national pet blog with a huge numbers of followers.

The campaign have been a huge success and the adoptions had a grown by around 30% in the next month. Of course we could have made better but I like to think that each life that find a house thanks to our efforts made worth the entire process. The Adotta Adesso page is still online and used by the volunteer of LNDC.

There are so many life hidden, closed and left alone. Please, don't buy pets. Adopt, now. 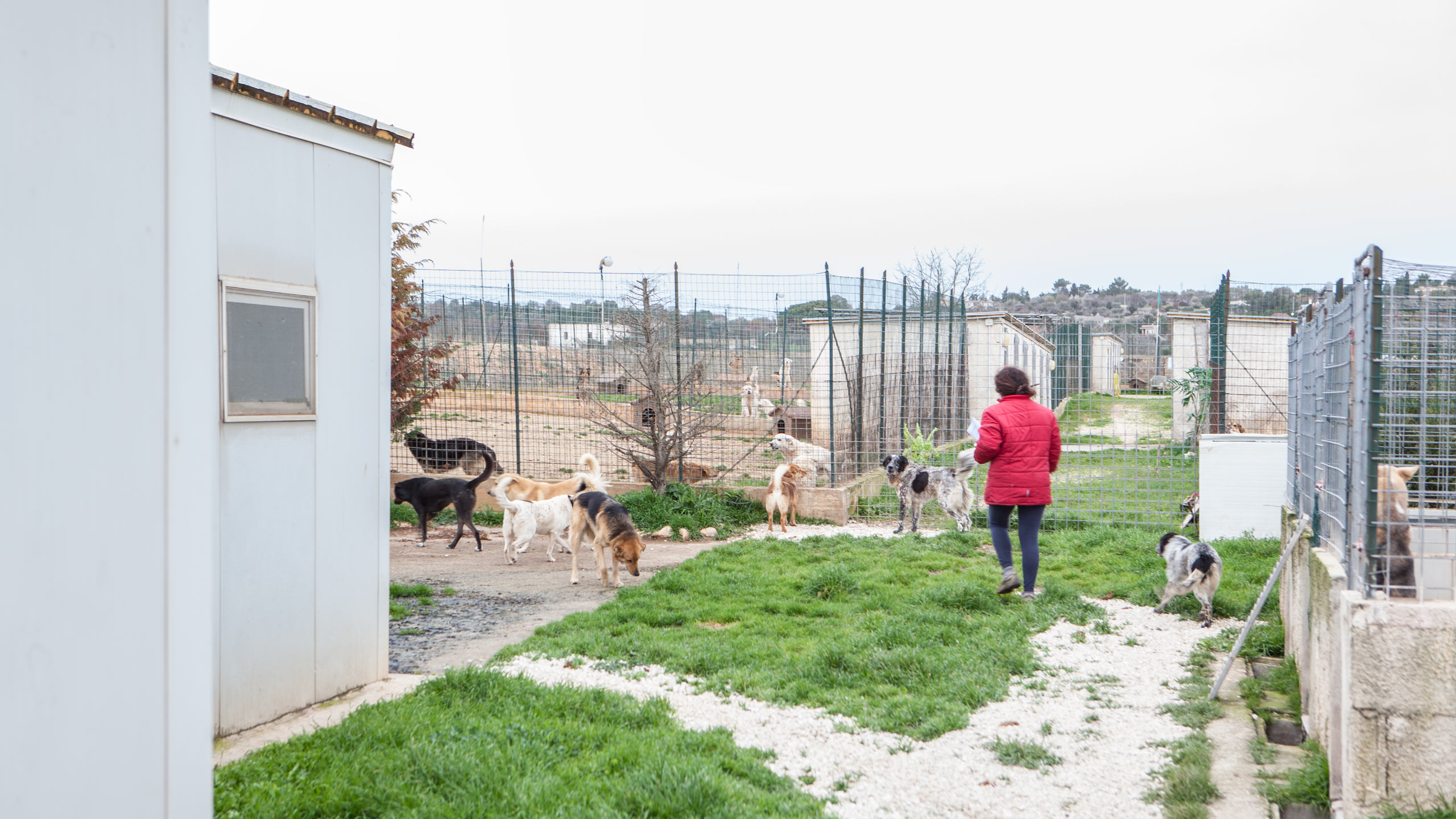 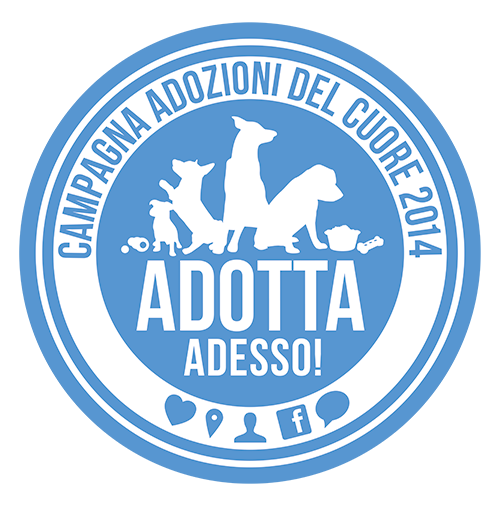 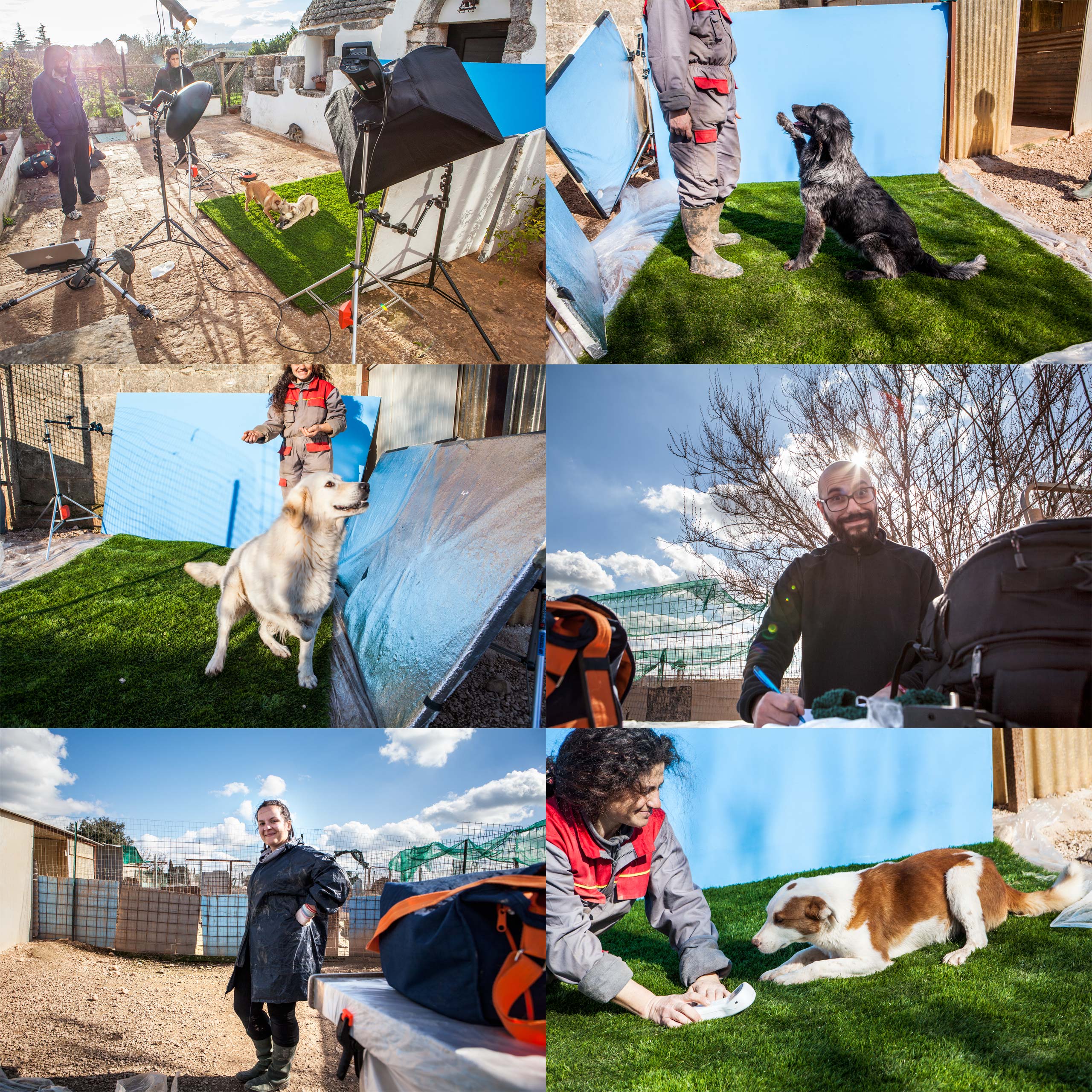 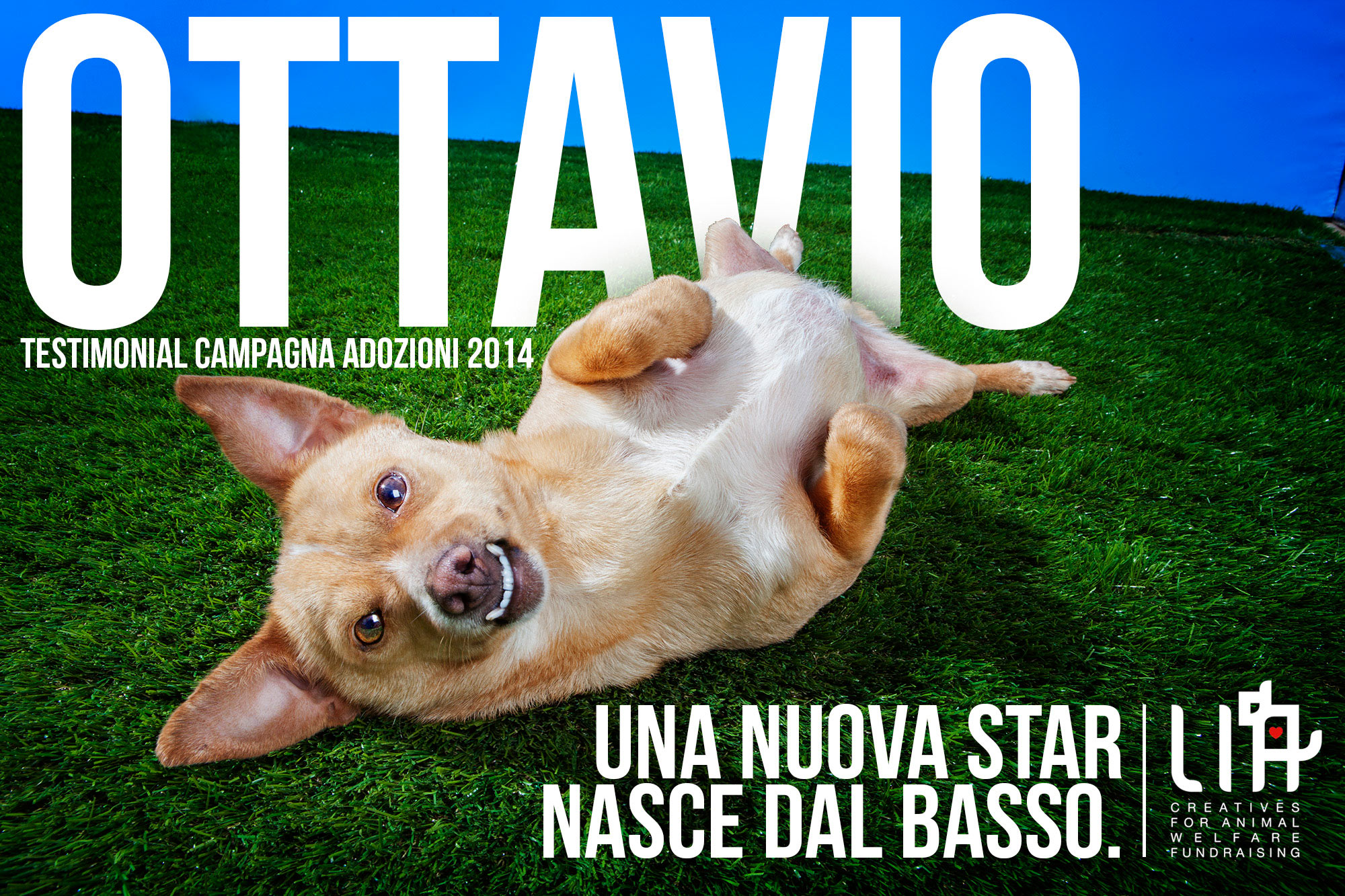 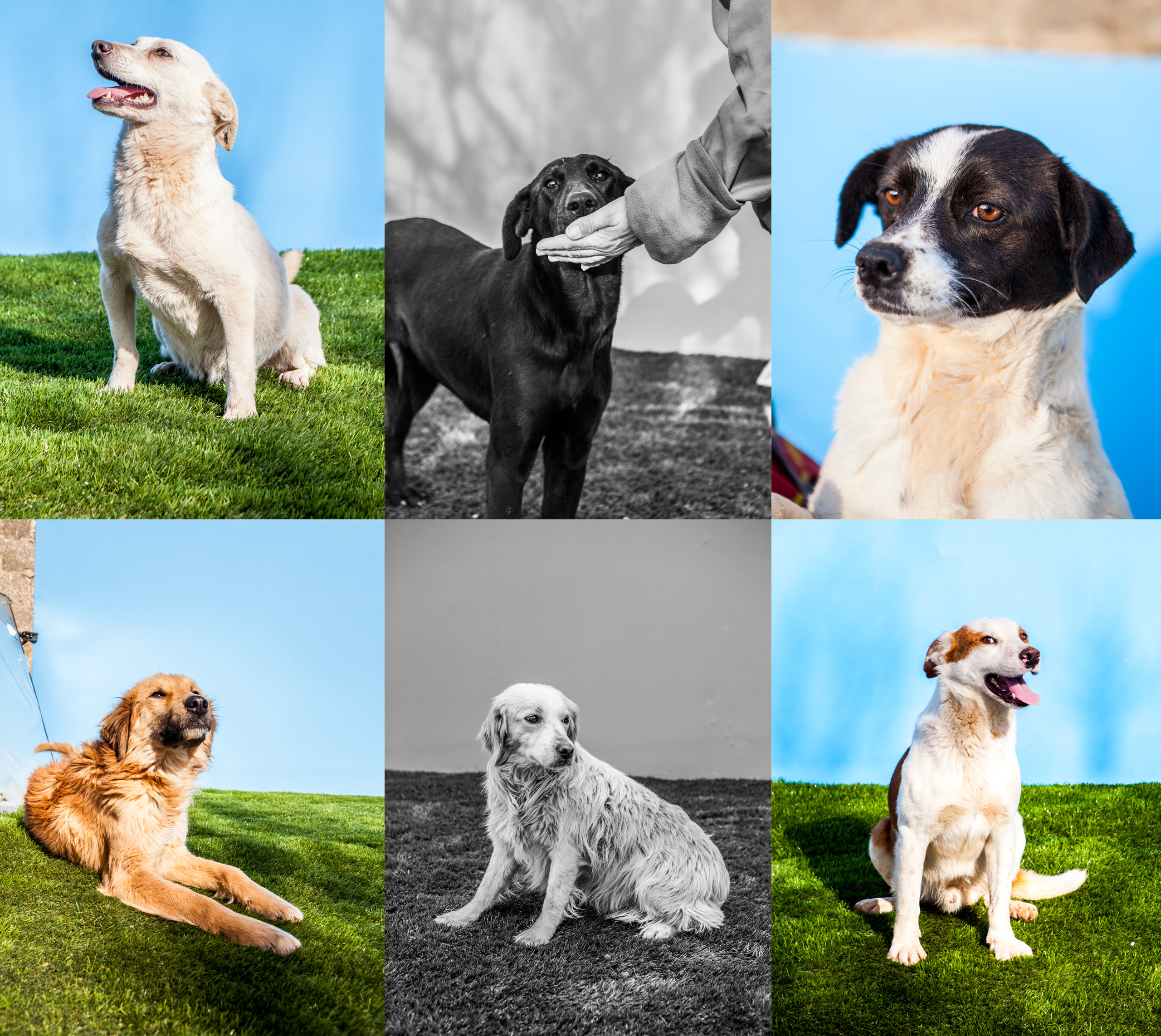 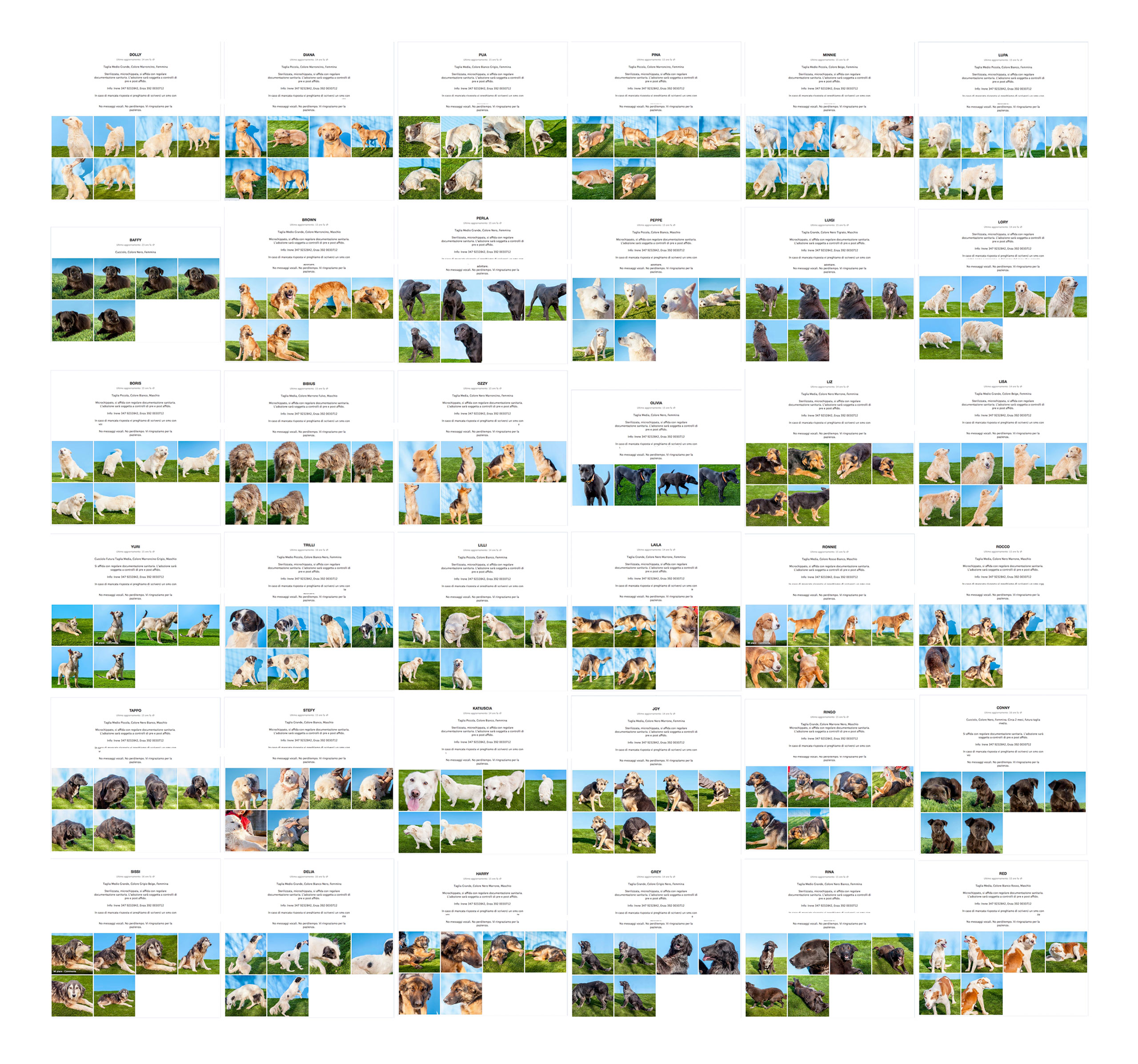 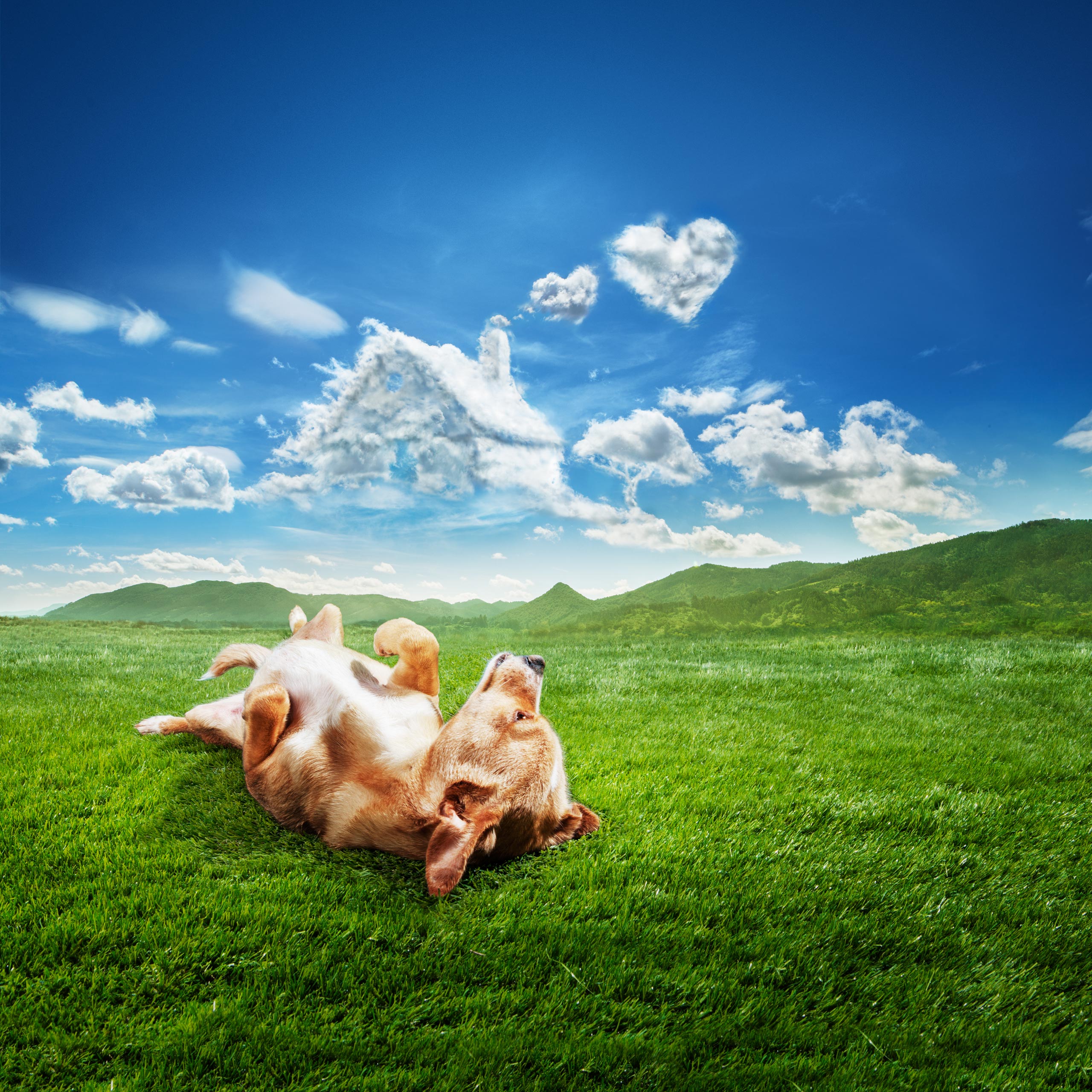 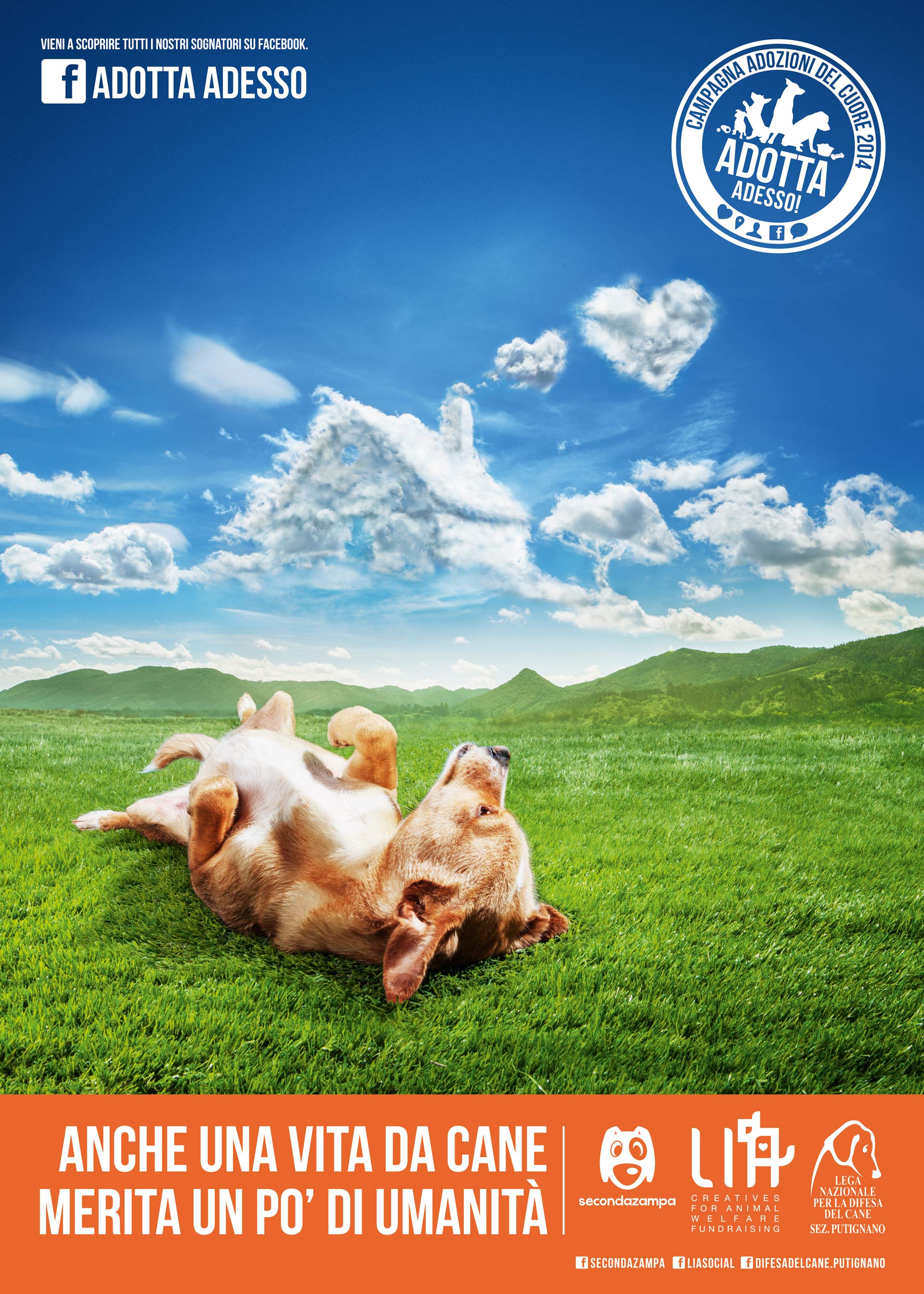 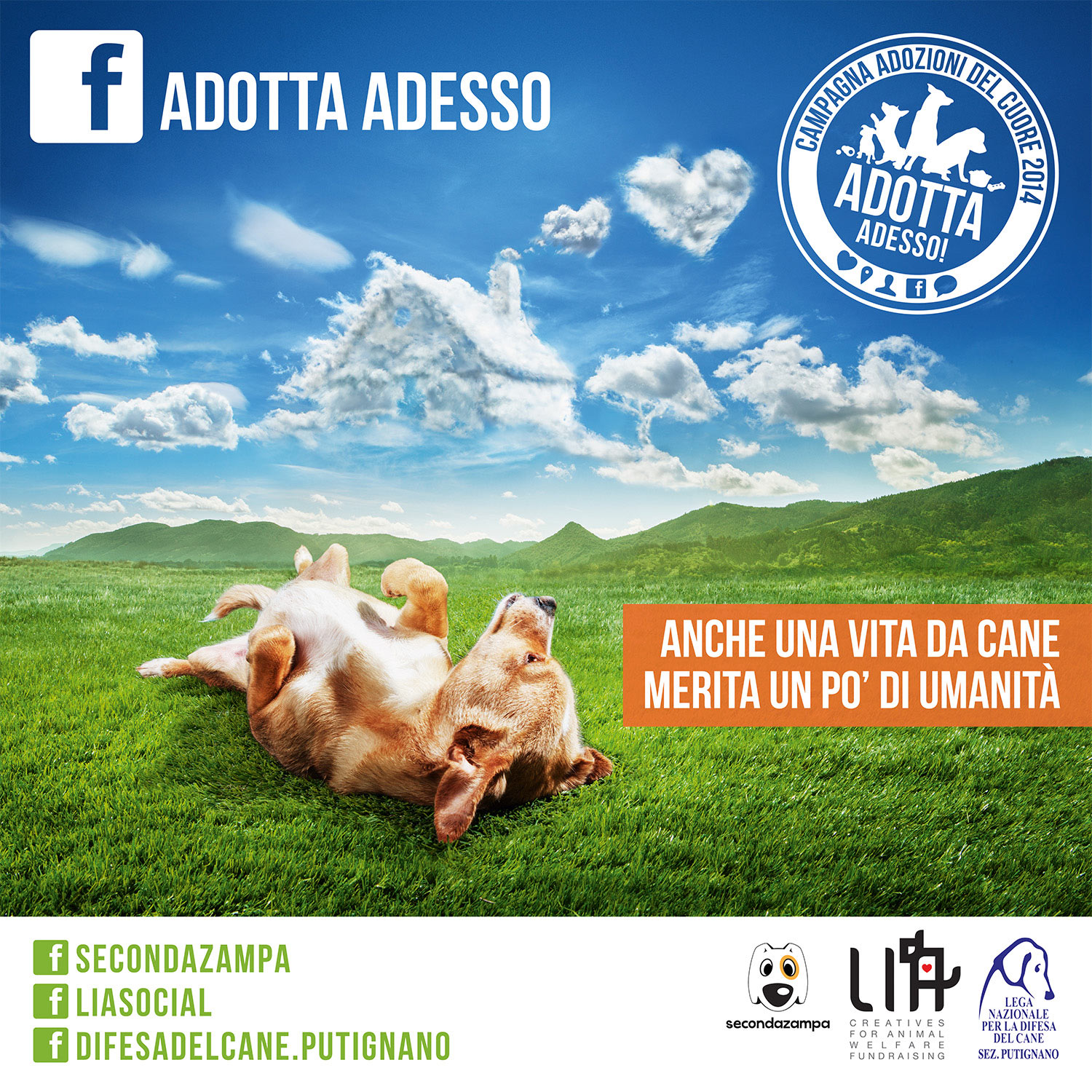 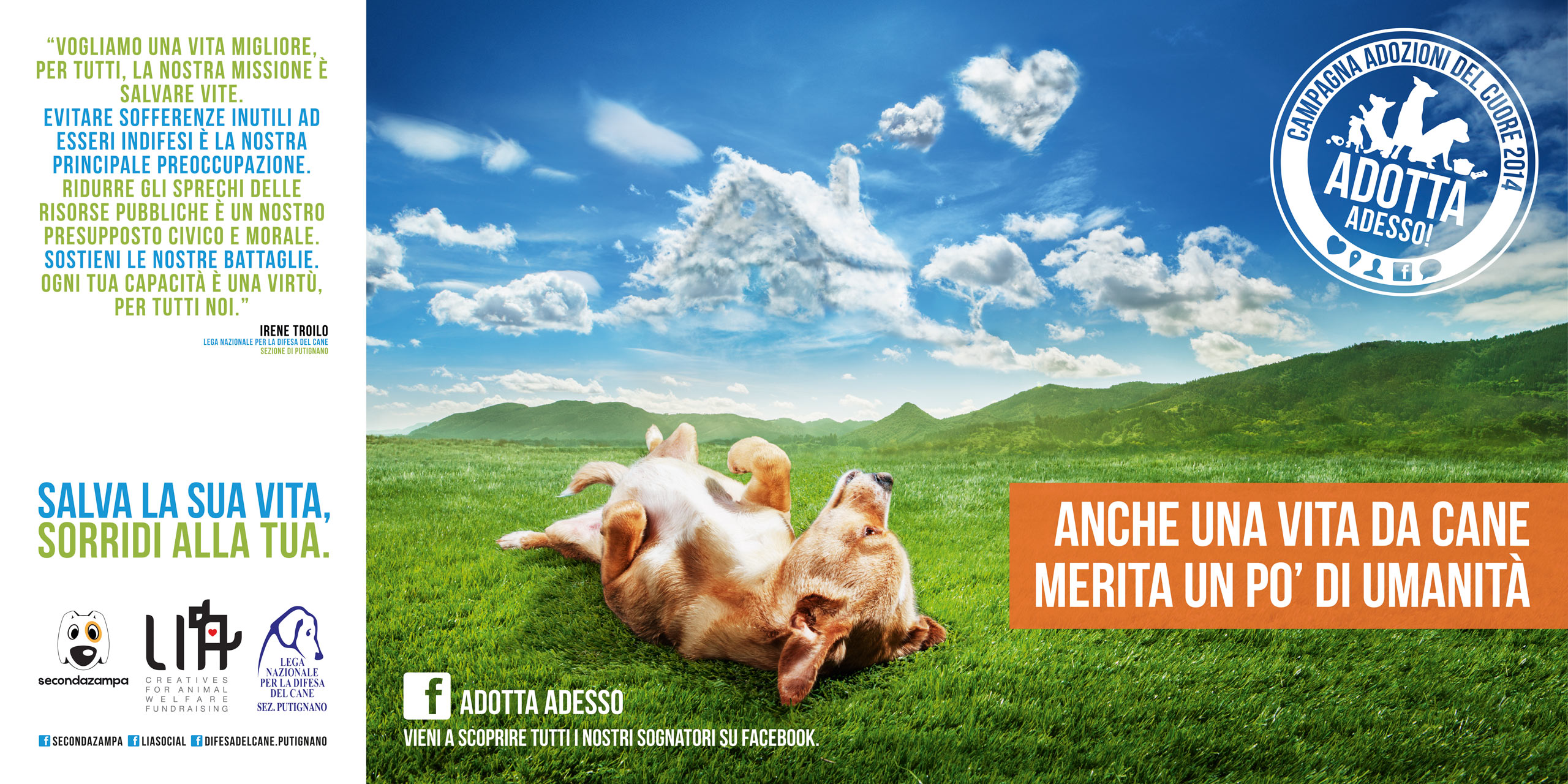 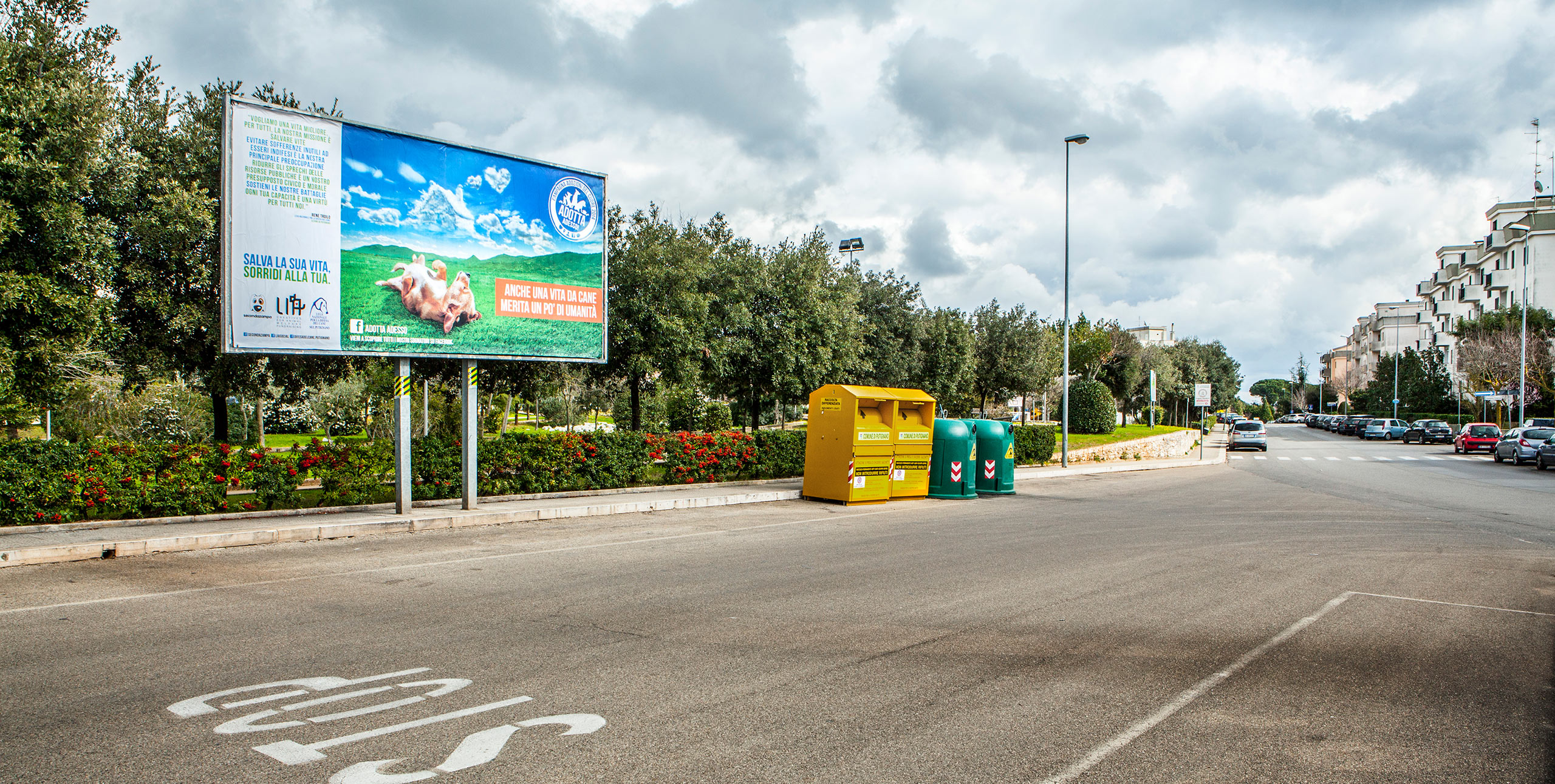 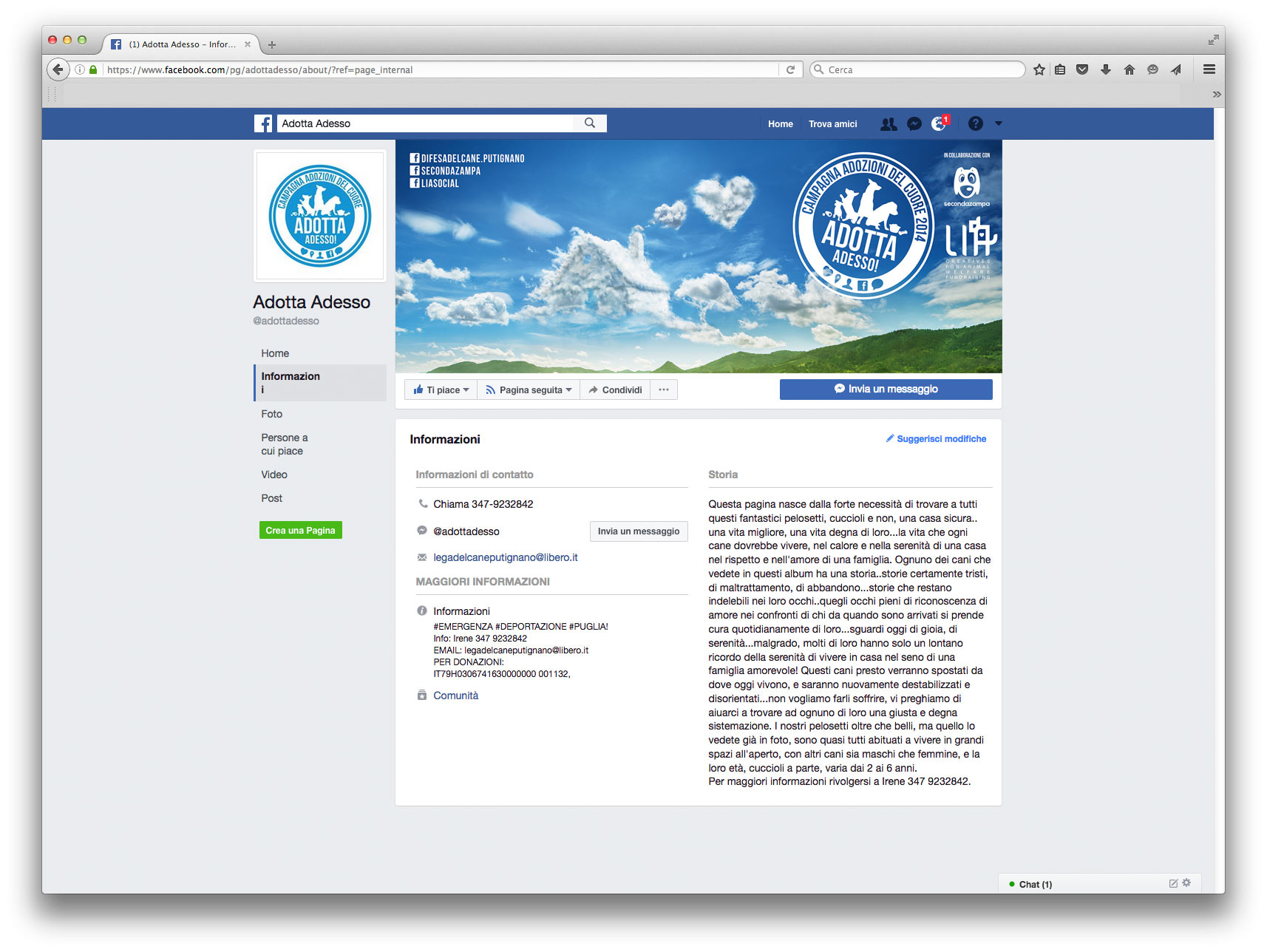 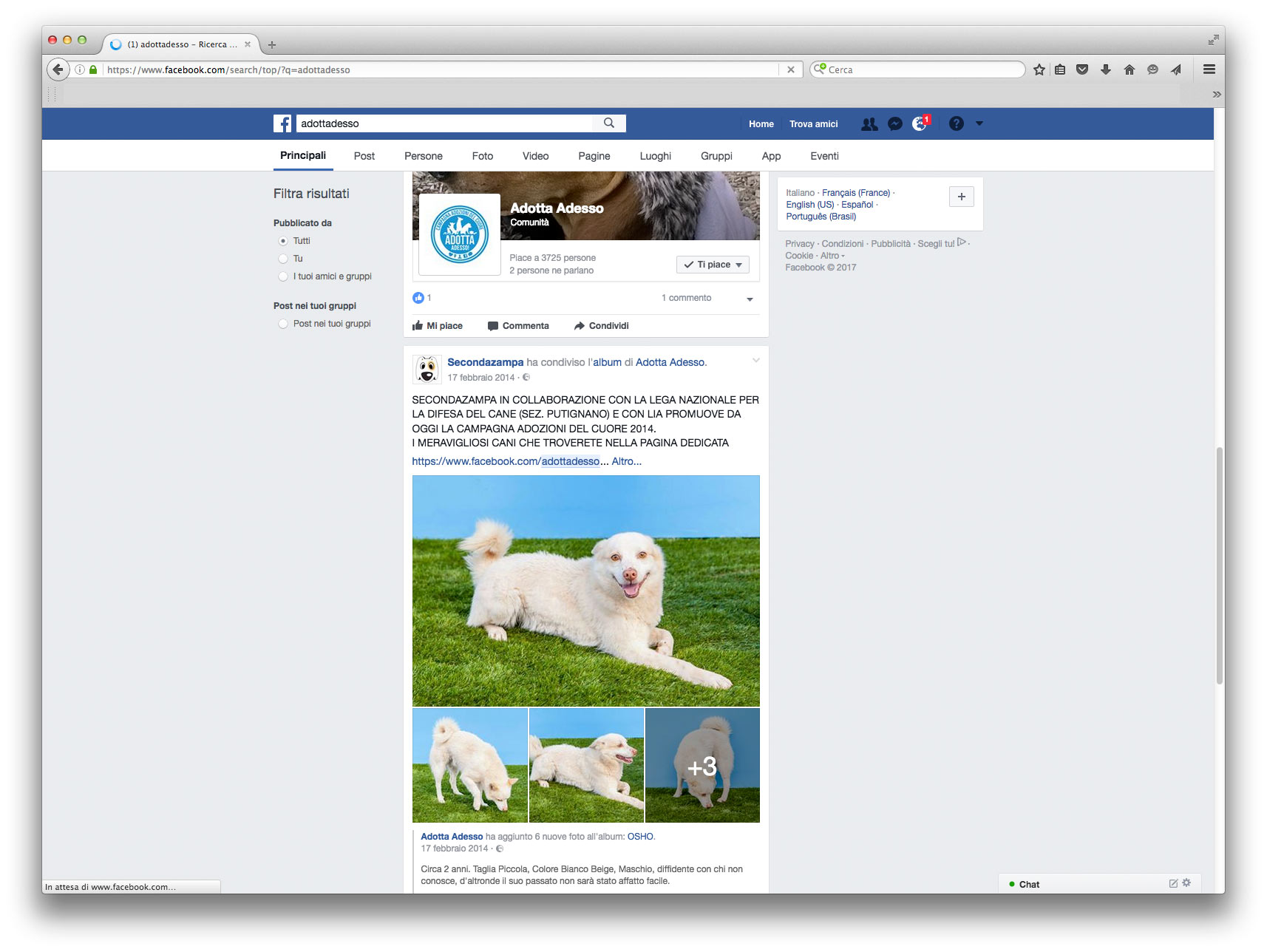 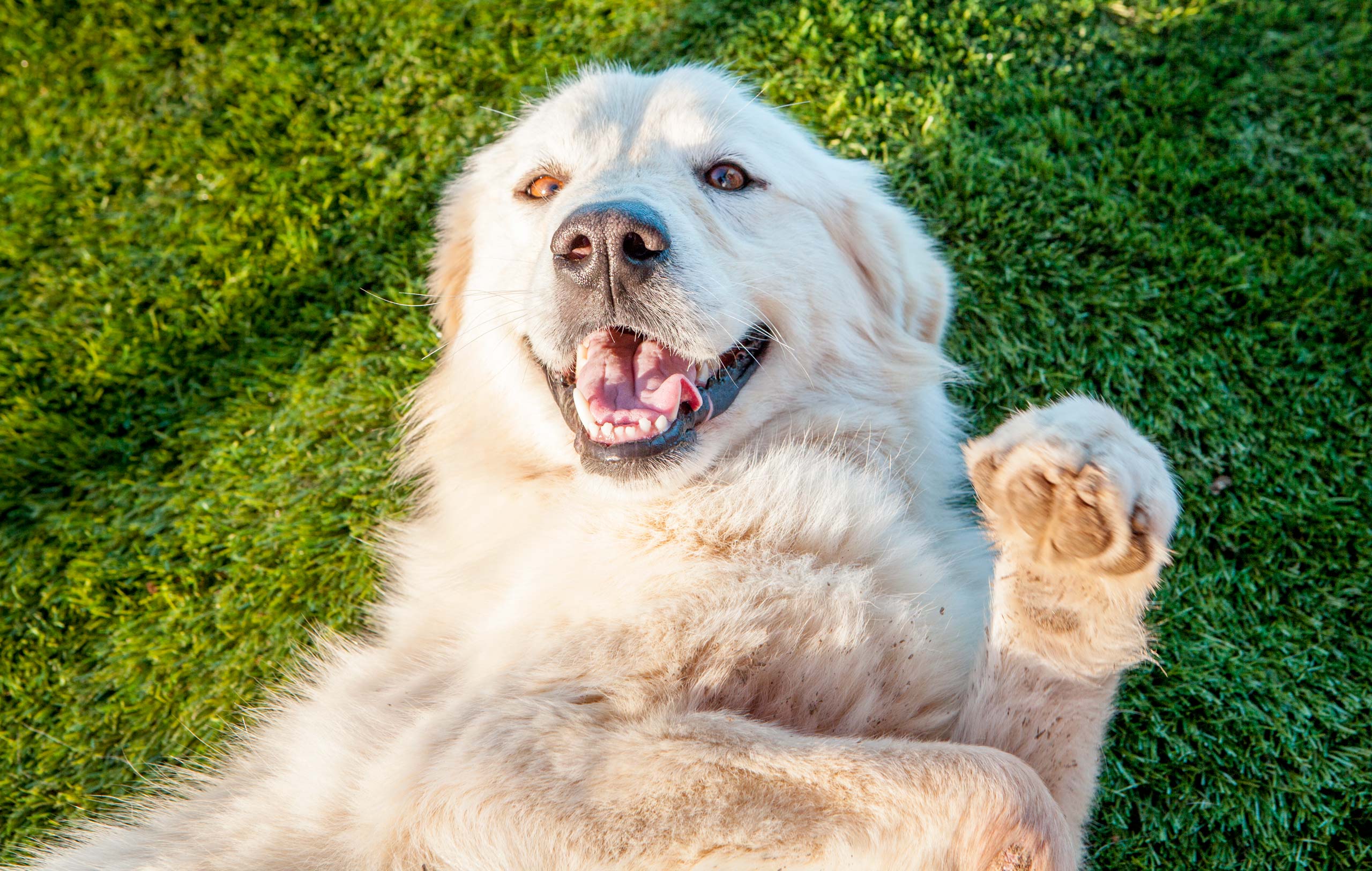 JUST RETOUCHING
A collection of works done as creative retoucher

BEAUTY AND BODIES
A collection of beauty and nude photography

HANIMALS
A collection from my pet photography archive

RUBBISH BEING
A Tini&Sabugi side effect collection